Recovery of the centrality of the role that professionals must have within modern society, aware of how much the choices that are made in the various sectors and areas of design can affect our future and the generations to come.

STAGI srl, which has been operating since 2007, takes on its responsibility and makes available to its customers, public or private, the utmost professionalism and quality in the services it offers and which characterize it as a true subject capable of providing a complete design integrated.

Human resources, the care of interpersonal relationships and relationships, the integration and transfer of knowledge, training and professional updating, as well as a structure that is dynamically composed to combine and integrate the skills and experiences of various professionals .

From December 1985 to March 1994 he collaborated with S.A.T.I. Consulting s.r.l. based in Rome, a company that has operated in the field of design in the fields of architecture, civil engineering and ecology and environmental remediation.
In the organization of the company he held the position of project director, with technical and economic responsibilities. With the company S.A.T.I. Consulting has gained experience in the design and management of works in the sectors of sports, civil and road construction and in the interventions of environmental arrangement of the territory, coordinating the work of external and internal collaborators and providing construction companies with the technical assistance necessary for the execution of the designed works. 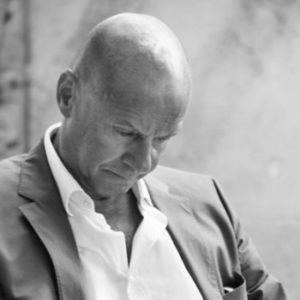 Born in Naples on 15.7.1955, he is Full Professor of 1st level at the Faculty of Architecture of Pescara, University of “G. D’Annunzio “- Chieti and coordinator of the research doctorate in representation and survey of architecture.
President of the Lazio Section of Inarch, National Institute of Architecture, he is also a member of UID, the Italian Union for Design, from which he was awarded the Silver Plaque.
Editor of the magazines “Op.Cit., Selection of contemporary art criticism” and “le carré bleu”, deputy editor of the magazine “il Progetto”; responsible for architecture, urban planning and design at the Institute of the Italian Encyclopedia founded by G. Treccani; member of the National Council of Architects with responsibility for relations with abroad.

His scientific activity (evidenced by over 260 publications, including many books) and teaching (developed in over twenty years of role, first as a researcher, then as an associate professor and finally as a full professor), has constantly seen the issue of architectural representation.
The latter has been the subject of numerous specific studies that have investigated its various aspects – from the geometric foundations of design to architectural and urban survey, from design applications to recent projections in the field of digital graphic processing; it also formed the background on which a series of original researches on the project and its essential educational role, on architecture and on the contemporary city were articulated.

He took part with the SCUT research center of the University of “G. D’annunzio “of Chieti-Pescara to the drafting of the Reconstruction Plans of the municipalities of Brittoli, Bussi sul Tirino, Civitella Casanova, Cugnoli, Montebello di Bertona, Ofena and Popoli.

A short biography of him is published in “Architecture, Encyclopedia of Architecture” edited by A. De Poli, Motta Architettura – Il Sole 24 Ore, Milan 2008, IV, p. 51.
He lives and works in Rome 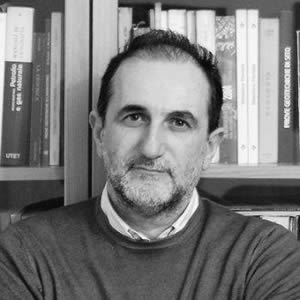 He graduated in December 1985 and began a collaboration with the Earth Sciences Department of the University of Camerino for the project: “Investigation of the travertine deposits, and of the conglomerate, alluvial and groundwater deposits in the catchment areas of the Potenza, Chienti, Tenna rivers , Ete Vivo, Aso, Tesino and Tronto “. Subsequently he participates in research programs, in the Rieti-Sabine region, on the depositional environment and on the evolution of the deposition basin of the Plio-Quaternary soils, financed by M.P.I., in charge of Prof. Vittorio Manganelli. Finally, he collaborates in structural geological research in the Umbria-Marche area, as part of the M.P.I. 60%, coordinated by Prof. Fernando Calamita of the Department of Earth Sciences of the University of Camerino.

On behalf of the Idrogeoconsult Society of Rome, in 1988 he participated in the geological survey concerning the design of the high-speed railway line in the Florence-Bologna section. Also for the Idrogeoconsult Society, in 1989 he participated in the study of the Regional Plan of Extractive Activities of the Basilicata Region.

He has gained considerable experience in territorial planning through the drafting of numerous regulatory plans and their variants, as well as in post-earthquake reconstruction in relation to the participation in numerous seismic consolidation and improvement projects of structures and infrastructures damaged by the seismic swarm that hit the Umbria region- Marche in 1997.

Since March 2007 he has been technical director of STAGI s.r.l. 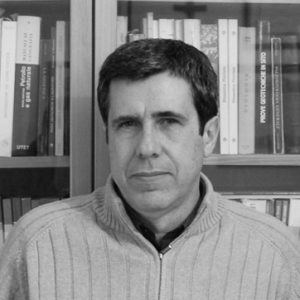 He graduated in July 1985 and began his professional activity as a geologist with a position from the RECCHI company of Turin as head of the earthmoving testing and control laboratory in the yard of the Orbassano (TO) railway yard. Subsequently, in 1986, on behalf of the company RADAELLI E CASTELLOTTI of Milan, he followed the campaign of geognostic surveys relating to the doubling of the Turin-Savona motorway. Then in 1987 he was commissioned by Tecno-Piemonte S.r.l. di Romagnano Sesia (authorized laboratory for material and earth mechanics tests) as geologist responsible for geotechnical tests in the construction sites of the Piedmont-Trino II nuclear power plant, Scalo Ferroviario di Pero and Autostrada dei Trafori.

He collaborates, again in 1987, with professor Francesco Dramis and with the “National Group of Physical Geography and Geomorphology” of the C.N.R. participating in research internships in Bormio, in Val Pisella, etc., carrying out research and studies regarding the Rock-Glaciers of the Alps. In 1990 he participated in geomorphological and glaciological studies in the Lazio-Abruzzo area, as part of the CNR funding, coordinated by Prof. F. Dramis of the Dept. of Earth Sciences of the University of Camerino.

In recent years he has carried out territorial planning works in Piedmont, participating in the drafting of the regulatory plans for Romentino and Galliate as well as in the design of a landfill for inert waste for the municipality of Biella.

He has gained considerable experience in territorial planning through the drafting of numerous regulatory plans and their variants, as well as in post-earthquake reconstruction in relation to the participation in numerous seismic consolidation and improvement projects of structures and infrastructures damaged by the seismic swarm that hit the Umbria region- Marche in 1997.

He was a member of building commissions and commissions for the landscape of various municipalities in the Province of Macerata.

Since March 2007 he has been technical director of STAGI s.r.l.

Any cookies that may not be particularly necessary for the website to function and is used specifically to collect user personal data via analytics, ads, other embedded contents are termed as non-necessary cookies. It is mandatory to procure user consent prior to running these cookies on your website.